Of late, I have found myself becoming utterly obsessed with the way I look. I battle with this constant feeling of not meeting societal expectations. Not being pretty enough to be noticed. Not being attractive enough for myself. Not being enough of the physical ‘arm candy’ that we have come to believe we should be. In short, It’s exhausting.

In short. I am EXHAUSTED. It is so tiring to think this way. It is both physically and emotionally draining, and it’s making me a cold, angry and mean person. I lashed out at a friend last week because of this too.

It wasn’t until this breaking point with my friend, that I realised just how bad I’ve become. The best thing is, is that I have friends who let me rant, be a complete psycho, then put me in my place and tell me to get a grip. For this I am grateful. I took a step back, and reminded myself that our physical appearance is not all that we have going for us. We – women – are capable of so much. There are some truly powerful and inspirational women out there, whom are both physically and mentally beautiful. So I felt it right to highlight that you can be a truly beautiful person inside and out, with some women most inspirational and influential to me.

‘Success isn’t about how much money you make, it’s about the difference you make in people’s lives’.

A graduate of both Princeton University and Harvard Law school, this woman effectively epitomises what it is to be a beautiful woman. Intelligent, witty, attractive and funny – have you seen her with James Corden in Carpool karaoke – and dear god, have you seen her biceps?! She has been dubbed the most stylish first lady since Jackie Kennedy – which let’s be honest, is true. She has also spent her time using that title to stand up and battle a number of different causes including American Childhood obesity and the ‘Let Girl’s Learn’ campaign – one which was aimed at getting girls into education around the world.  In short, she is inspiring.

‘For beautiful eyes, look for the good in others. For beautiful lips, speak only words of kindness. And for poise, walk with the knowledge that you are never alone’.

I am an old heart. Growing up I spent many a lazy Sunday with a warm blanket, a cup of tea, and an Audrey Hepburn film… and no my favourite is not Breakfast at Tiffany’s, but a toss-up between Roman Holiday and My Fair Lady. Audrey Hepburn, was not only an incredible actress, and one of the most iconic faces of the silver screen we know, she actually spent much of her later career as an ambassador for UNICEF. She increased awareness around their campaigns, and was the driving force behind future celebrity involvement. She used the power and influence she acquired as an actress to work for others, and for this she has enthused.

‘Though the sex to which I belong is considered weak, you will nevertheless find me a rock that bends to no wind’.

Of the few queens this country has seen, we have been graced with some of the most successful and influential. Especially under the rule of Queen Elizabeth I. Although considered illegitimate by most Europeans at the time, and of course being the child of the rather promiscuous and ruthless King Henry VIII, this woman oversaw the defeat of the Spanish Armada and stabilised the church – which was more than needed after her father.  What I like most about this woman, were the words she spoke. Most notably the quote above. It was her belief that despite societal views on women, she had the strength, power, mind and ability to achieve, and to be on a level playing field with men. 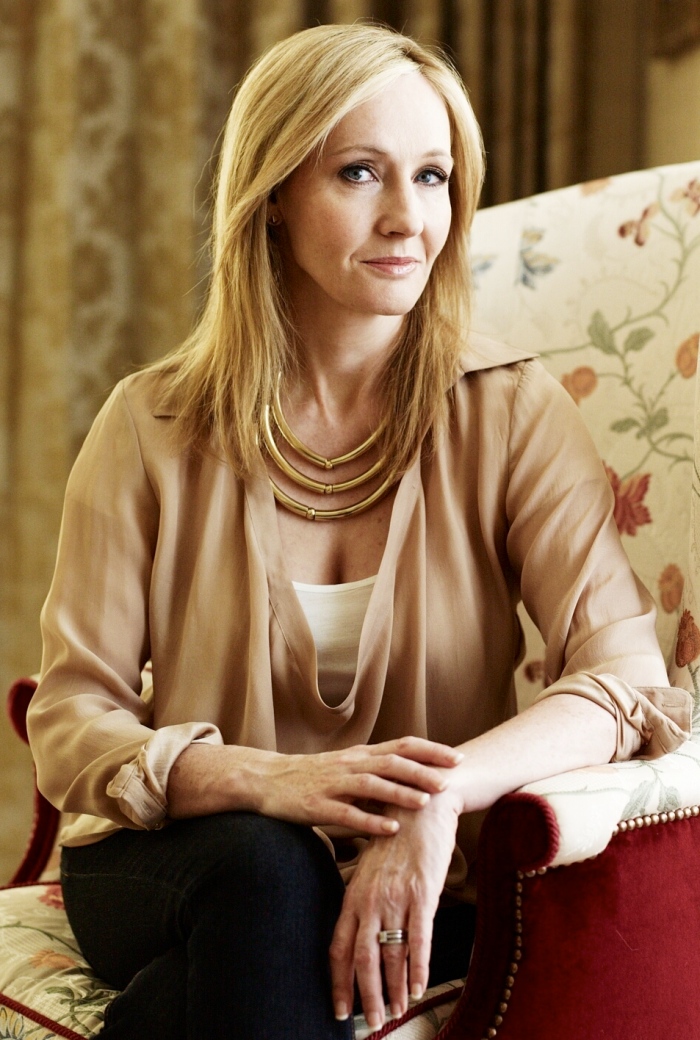 ‘The world is full of wonderful things you haven’t seen yet. Don’t ever give up on the chance of seeing them’.

A woman, who in 7 key books, managed to transform the literature of my youth. She was able to get an entire generation – and others actually – to fall in love with the sheer act of reading. Never has a selection of books taken off, quite like that of Harry Potter. She has lived a proper ‘rags to riches’ story, moving from living on benefits, to gaining a multi-millionaire status in just 5 years. She has shown that determination, and the willingness to achieve and ultimately believe in yourself, can see you succeed in even the most unlikely of times.

‘Young girls are told you have to be the delicate princess. Hermione taught them that you can be a warrior’.

She’s definitely fitting to follow on from J.K Rowling. I mean, after all, she did play Hermione Grainger for most of her childhood and teenage years. I didn’t like her then to be brutally honest, but I think that was more her portrayal of the character. However, I admire her. I like that she has used her power and influence over young people to highlight things that are more important than the way you look. She was the UN ambassador for the HeForShe campaign, encouraging men to stand up for the equal rights of women, even highlighting the gender pay gap and the lack of education for so many women all over the world. I think a voice like hers, is so needed for our generation. We are, quite simply, forgetting the most important things in life.

So physical beauty isn’t everything. Make no mistake you exterior is important – to an extent – However our minds, character, how we think and ultimately how we treat both other people and ourselves is infinitely more important. That is what makes you truly beautiful both inside and out – no matter what you look like.

I’m Selina, I live on the outskirts of London with my parents, sister and my rather adorably insane golden Labrador, Bailey. I am often found rambling onto others (mainly friends and family) about my love of food, fashion, books, films, the gym and more. Not to mention the million and one opinions that are forever busying themselves in my brain. Most of what I have to say is based on experience, or at times a lack of. Not forgetting of course my rather fantastic failures… (falling downstairs after a speech in front of my entire division at school anyone?!). All of this has created a desire for discovery and a penchant to put pen to paper, or in this case, fingers to keyboard and tell the world. So please feel free to join me on this rather odd and exciting adventure called life. I do hope you like, love and laugh out loud at what you read. View all posts by Selina